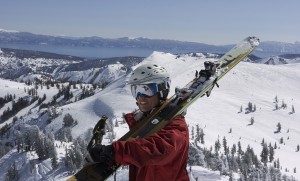 Skiskills’ Dr. Robb Gaffney MD is all smiles before an epic conditions Skiskills Squallywood ski clinic. After several weeks of relatively horrible conditions in Tahoe, mother nature came through and Robb delivered the skills for thrills while Jason Abraham captured the images and Duane Kubschista got it on video. For more images and the story… 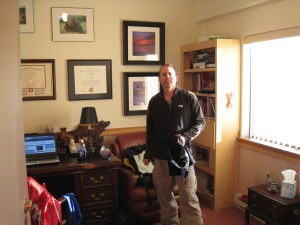 This might be one of the most off-the-wall – or at least uncommon – places to start an action sports clinic: in a psychiatrist’s office. What’s got to be even more unusual, is that the instructor is the psychiatrist!  That’s the good doctor himself, Dr. Robb, all smiles after getting in some early, early tracks (before the Skiskills Squallywood clinic) on the DL…. 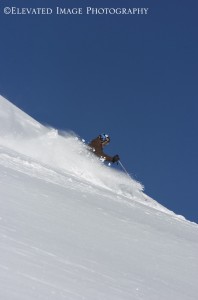 Somewhere Robb is watching his student get it right. Sometimes things just fall in to place. And that’s just what happened at Squaw Valley for the Skiskills Squallywood Clinic. In this image, you can see it was just about time to get the snorkel out… not a common site in the Sierras… 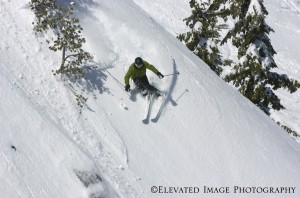 Those who can, do. Those who can do, and, can teach work at Epic Way Sports. Skiskills’ Robb Gaffney is one of the best skiers on the mountain – whenever and wherever he goes skiing.  Add that to understanding how the human brain and mind work and you have the ingredients of one of the best instructional experiences on the planet.  Here Robb’s lets his Blizzard Zeus Titans do most of the work on over seven feet of new snow. 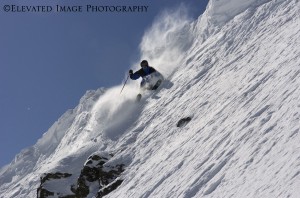 It isn’t always easy conducting a clinic like the Squallywood series. There are times when students face signicant exposure –  even “no fall zones.”  I suppose that’s where Robb’s day job comes in. We’ve watched in amazement how Robb can get people to a higher plane. Here’s one of Robb’s students getting it right… when and where it’s manditory.

Want to See More? Here’s a Slide Show of the Day’s Action: